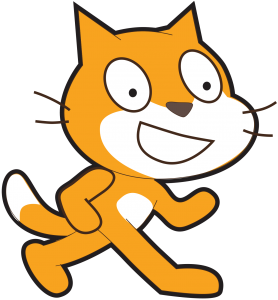 Jenny Ashby @jjash may not know it, but her Sydney #slide2learn session on Beebots and coding gave me the push I needed to take a risk, and experiment with Scratch programming in Years 4 and 5 in late 2014.

Openly acknowledging in class that I had next to no idea of how Scratch worked, and what it could do, I set my students a challenge to create a game, or tell a story. With the help of YouTube tutorials, older siblings, and coding enthusiasts amongst their classmates, the girls merrily set to work planning, problem solving, and coding their projects; and they were only too happy to teach me in the process! 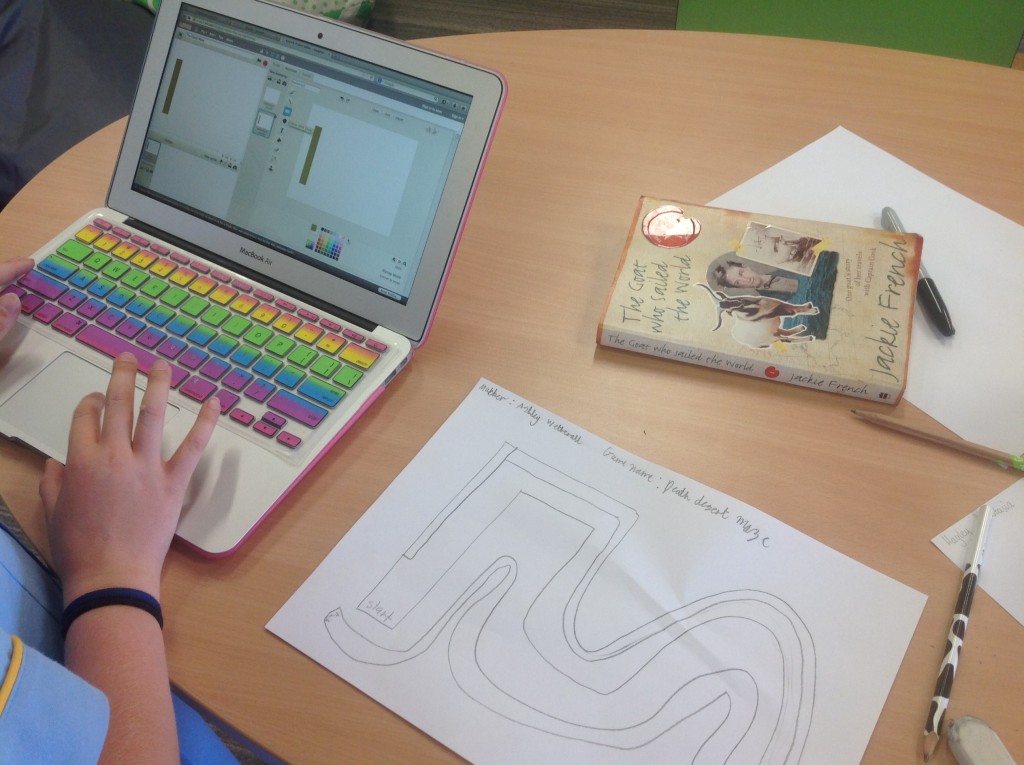 Use Scratch to tell a simple story which includes at least one talking character (sprite), and at least two settings or backgrounds.

Create a simple game where the user or player has to choose a key on their keyboard to make the sprite move or perform an action. This game could be a maze, a guessing game, or your own idea. It needs to include at least one Sprite (object/character), and a background. 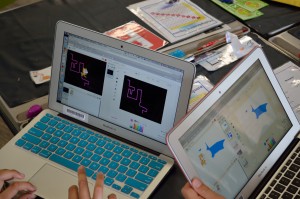 Press ‘s’ to start, then use arrow keys as per in-game instructions.

Press the following keys to progress the dialogue: a, c, e, r, q.

Start by clicking on the green flag.

Click on the green flag to start, then use your arrow keys to navigate.

What did we learn? 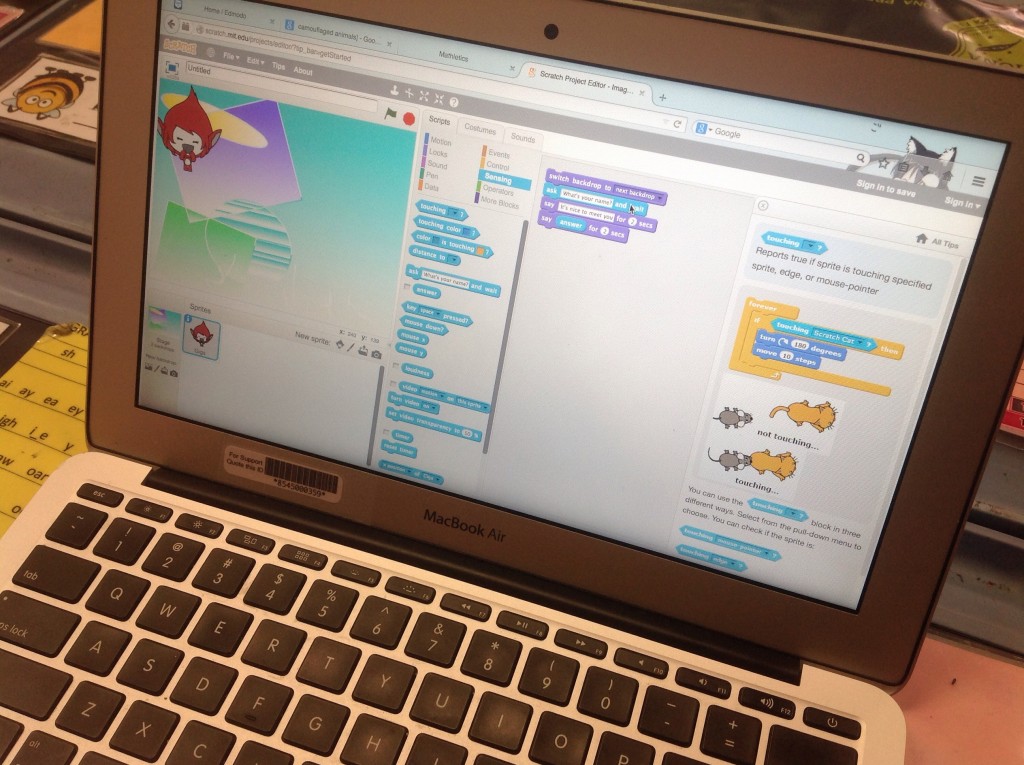 Introducing Scratch programming to my students was a huge professional risk, as to the best of my knowledge, it had not been formally taught at the school before. It was also the first time I had ever attempted to run a coding/programming project, something which I wouldn’t have dreamed of trying before #slide2learn.

Through this project, I learnt a great deal about the power of play – allowing students to explore, experiment, tinker, and collaboratively solve problems as they pursued their coding projects. I was surprised by the level of student engagement – both in, and outside of class. Many went home to ask their older brothers and sisters for help and advice in coding their projects! I was also really impressed with the power of peer teaching and support in class, as we even brought some Year 4 students into a Year 5 class to explain how they used a particular Scratch tool !

Next time I run this, I intend to more formally stress the need the storyboard and planning aspect of the project, and include some higher level coding skills in the assessment criteria (drawing upon the Australian Digital Technologies Curriculum). I’d also like to try and provide better summative feedback to students, beyond the whole class discussion and reflection sessions we ran last year. The peer teaching and problem solving approach worked very well for most students, encouraging them to think and learn from eachother.

Later in 2015, I am hoping to introduce Beebots and coding apps into Early Childhood maths / procedural writing, and explore how to integrate Scratch programming into other learning areas in upper primary. We are at the very early stages of teaching coding / programming at our school, but I am very curious to see where this little experiment takes us over the next few years.