In preparing for my Science, ICT, and the Global Classroom presentation at the Science Teachers’ of Western Australia Conference this weekend, I’ve learnt some valuable lessons about global connections, crafting powerful presentations, and about connecting science to the real world.

This is the story of an image, and there’s quite a story to tell .. 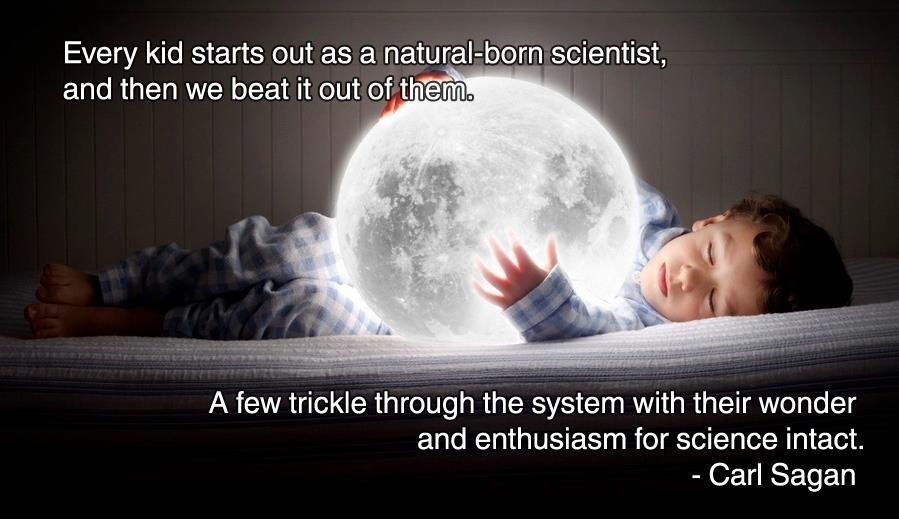 I first came across this image through Twitter, where it appeared on the Facebook page of a prominent Science communicator in the USA. With the intention of using this quote and image in my presentation, I contacted the owner of the site – only to discover that he didn’t own the image!

With his kind assistance, I traced the imaged to the 500px site, where you can view the original version.

What followed was fascinating …

After leaving a comment on the site, I received an email from the artist in Spain, who was quite surprised to hear from me – for several reasons!

Firstly, he had no idea his image was being used in the above form, and secondly he wasn’t particularly happy that the image didn’t (and still doesn’t) attribute him as the artist!

With the help of Google Translate, and several emails later, Jordi kindly gave me permission to reproduce the image (and quote) for educational use.

But, this whole experience has left me with an important lesson about images on the Internet  Just because it’s there, doesn’t mean you have a right to take it and use it. I’ve also learnt that that asking for permission can have some unintended, unexpected consequences. But I’m glad I did.